Kenneth Lochhead was born in Ottawa, Ontario in 1926. He spent a summer studying with the Art School at Queen’s University (1944) before attending the Pennsylvania Academy of the Fine Arts (1945-1948) and the Barnes Foundation in Merion, Pennsylvania (1946-1948).

Lochhead was hired to direct the University of Saskatchewan’s School of Art at Regina College (now the University of Regina) in 1950, as well as to administer the Mackenzie Art Gallery, which he did until 1958. Lochhead’s contributions to both the school and the gallery were substantial. He also played a part in developing the Emma Lake Artists’ Workshops, inviting artists including Jack Shadbolt, Joseph Plaskett, Clement Greenberg, Kenneth Noland, and Jules Olitski.

Lochhead’s work was part of over 300 exhibitions in Canada and the United States, and he received commissions including a mural at Gander Airport (Newfoundland, 1958), and work for the Canadian Chancery Building (Warsaw, Poland, 1970), the Centennial Concert Hall (Winnipeg, 1966), and the Department of External Affairs building (Ottawa, Ontario).

Lochhead was part of the Regina Five, a group of Regina painters including Art McKay, Ron Bloore, Ted Godwin, and Doug Morton, who drew attention to Regina’s art scene after the National Gallery of Canada’s 1961 show “Five Painters from Regina.”

Lochhead has received many awards and grants, including Canada Council grants (1966-1967, 1968-1969, and 1971-1972), the Order of Canada in 1971, and an honorary degree from the University of Regina in 2001. His works are part of numerous collections, including the Canada Council Art Bank (Ottawa), Confederation Centre Art Gallery and Museum (Charlottetown), Saskatchewan Arts Board (Regina), National Gallery of Canada (Ottawa), Montreal Museum of Fine Arts, Mackenzie Art Gallery (Regina), Mendel Art Gallery (Saskatoon), Vancouver Art Gallery, and Winnipeg Art Gallery.
Lochhead’s brother, Douglas Lochhead was a renowned poet. (Jeff Poole took a Canadian Poetry course from Professor Lochhead in 1975.) Douglas Lochhead’s Looking Into Trees (2009) is illustrated with paintings from the Aboretum series. 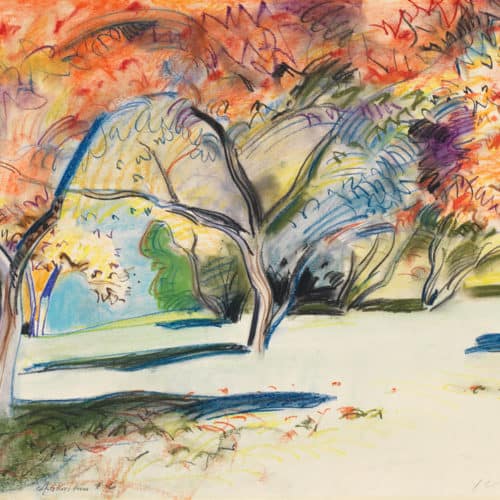 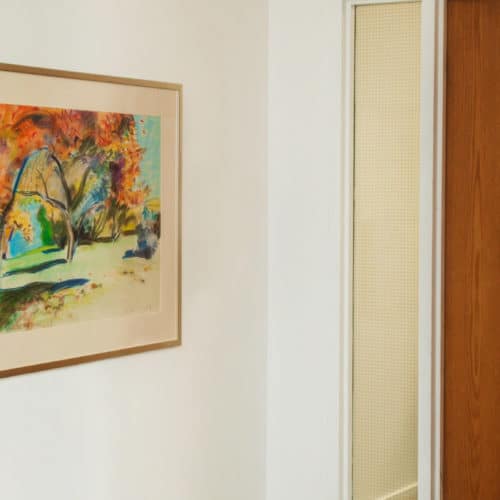 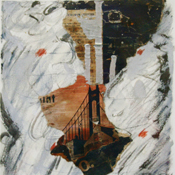 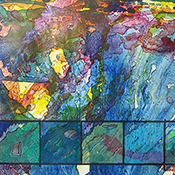 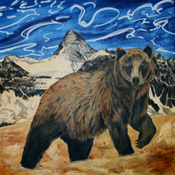